Must See TV — Our Top 5 List Of House Flipping Shows 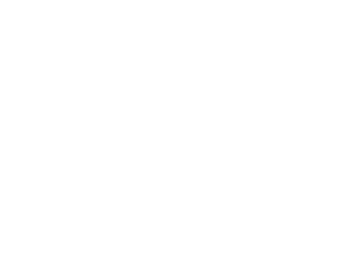 There’s nothing like a good house flipping show to jump-start your home renovation plans. Any project you launch will seem easy compared to the drama unfolding on screen.

Need new kitchen counters? No problem. At least your kitchen isn’t infested with bees. Shabby living room carpet? Piece of cake. At least you have a floor.

House flipping shows, from Flip or Flop to Flip Men to Flipping Boston, are notorious for their catastrophic challenges as flippers rehab rundown properties to sell them later at a profit.

Why watch? Lots of reasons — here are a few:

Learn What NOT To Do: Don’t spend a lot of money on a house you’ve never seen. When the exterminator tells you exactly what to do to keep the bees from coming back, don’t ignore his advice in order to save money. When moving a piano out of a house on an icy day, hold on tight.

Be Grateful A Leaky Bathroom Faucet Is Your Biggest Problem: There’s nothing like watching a sea of home repair adversity to make you count your blessings.

On one house flipping show, The Flip Men bought a house in Park City, Utah for $620,000, sight unseen, then entered to discover the whole home had been gutted.

From cracked foundations to neglected swimming pools, when the flippers say gems like “This house could ruin us,” grab another handful of chips, shake your head and mutter, “Better you than me.”

Get Great Ideas For Your Own Home: Give up that linen closet for more bedroom space? Honey, we could do that, right? Prepare to take notes.

And when you see how fabulous these rehabbed homes look, after they started out in such a mess, you’ll be inspired to tackle your own home project, which will seem easy peasy in comparison.

Roll up your sleeves, rent a dumpster and tear into it. 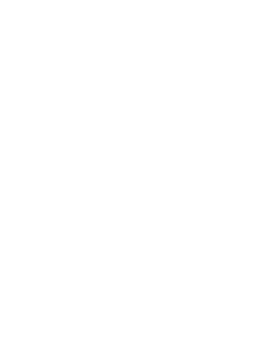 This show is among the five most popular shows on the entire HGTV network. Husband and wife team Christina and Tarek El Moussa are flipping celebrities as they fearlessly tackle dilapidated homes, with gleaming white teeth.

It airs Tuesdays at 9 p.m. Eastern time on HGTV, or find episodes on Netflix.

One of the original, classic flipping shows, it still airs entire episodes on aetv.com.

Different seasons feature different flippers, from entire families to couples. So you can sample seasons and find your favorite flippers — or avoid the annoying ones.

Flippers Mike Baird and Doug Clark are a charismatic duo who often buy homes at auctions, sight unseen. As they say in the show’s intro, “These houses come with no keys and no guarantees.”

They’re fun to watch, and their smug flipper competitors, who seem to show up to bug them at every house auction, are guys you love to hate.

Find it on Spike.com.

This show has drama, tears, sand, surf and the added excitement of fierce competition. Drool over the stunning beach views.

Watch it on HGTV.com on a blustery winter afternoon.

This is one of several regional flipping shows where you get not only a sense of the flipping game, but of the area of the country.

Real estate partners Peter Souhleris and Dave Seymour are the flipping duo here, cracking jokes and handling the inevitable mishaps — termites, anyone? — with good humor, and more than a bit of bleeped profanity.

Note: You may start talking with a cool Boston accent. Find it on aetv.com.

The Critics Have a Point

Critics of these shows caution that they can be misleading by oversimplifying the renovating process and featuring only the highly successful flips.

Don’t look to these shows as a step by step guide to flipping, they say. Just consider them entertainment. And they are. Pass the cheese curls.

Bring On the Dumpster Rental

It doesn’t take long to see that home remodeling creates big piles of trash, from piles of discarded old tile to the remnants of those kitchen cabinets you smashed with the sledgehammer.

Time to rent a dumpster. If you watch The Property Brothers on HGTV, you’ve likely seen Bin There Dump That dumpsters. We’re proud to be the dumpster rental supplier to the popular TV show.

After hours of tearing out old carpet or drywall, you’ll be happy to see you can carry bulky, heavy items directly into the dumpster bin, instead of hoisting them up over the sides.

If your neighbor’s been bit by the remodeling bug, too, consider renting a dumpster together, sharing the cost.

When the tear-out begins, find a dumpster rental operator near you.

How to Organize Your Car For a Road Trip

A family road trip should be an exciting time for everyone involved. The reality…

6 Things You NEED to Know About Homeowner Associations

The idea of a Homeowner Association is to set standards for a neighborhood,…

5 Reasons You Should STOP Paying For A Storage Locker

If you live just about anywhere in North America, there’s a good chance you…