When Will I Be Expected to Pay For My Dumpster Rental? 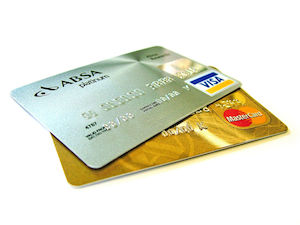 They say credit is king.

Actually, it’s always been the opposite: The business truism is that cash is king, but really, how many people use cash to pay for anything anymore? And as far as consumers are concerned, credit works just as well as cash and is the preferred way to pay for your dumpster rental.

That said, each franchise operator handles his or her transactions differently. Before we jump into that, know that cash is still an option, albeit a rare one, and you might need to have a history with a franchise operator to pay cash on delivery. Across all Bin There Dump That franchises, 98% of customers pay with credit. Credit cards are the preferred option for all franchises.

Ken Demski, who owns the Bin There Dump That franchise in Baltimore, Maryland, generally asks customers for a credit card for which Demski seek preauthorization. The consumer isn’t charged until the bin is picked up and the franchise collects the tipping fee at the landfill/transfer station. If in the relatively rare instance that a customer goes over the weight limit, there will be only one charge on their bill.

(To learn more about Demski and his franchise, visit the Baltimore franchise’s website.) 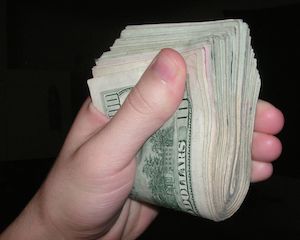 The flip side of the preauthorization approach is payment at the time the agreement is made. Mark Crossett, owner of Bin There Dump That’s original Mississauga franchise charges the consumer's card before the bin is delivered. If the bin is overweight, the customer receives a second charge on the card.

There is something to be said for being a regular customer. In Mississauga, trusted, well-known clients are the only ones who are allowed to go the cash on delivery route. (To learn more about the Crossett’s franchise, visit the Mississauga website.)