0
https://www.bintheredumpthatusa.com/thumb/200~img/opengraph/bin-there-dump-that-blog-image.jpg~Bin There Dump That
Dumpster rental

What Happens To My Stuff After It’s Put Into A Bin? 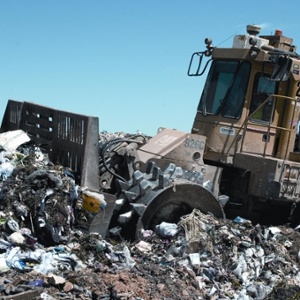 For all our technology and knowledge, life is filled with mysteries. Are we alone in the universe? Can pigs pull a hamstring? Is there another word for thesaurus? And perhaps the greatest mystery of all: What happens to the stuff you throw into your rental dumpster bin after it leaves your property?

For many customers, the old adage “out of sight, out of mind” applies when it comes to the stuff they deposit into a Bin There Done That dumpster bin. Once they rid their homes of material they no longer want or need, they simply don’t care where it goes.

But some like to know where the bits and pieces of their lives end up. However, like many things in life, the answer is a bit more complicated than it might seem on the surface.

Once bins are picked up, they immediate taken to a landfill or a transfer station. For most bins, that’s pretty much the end of the story. But there are limitations and exceptions (for example, while most materials are fine to place in a dumpster bin, Bin There Dump That doesn’t accept hazardous materials).

So, what happens when your bin makes it to the dump? 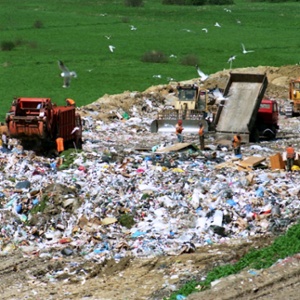 What Happens To My Stuff After It’s Put Into A Bin?Non-hazardous material is left at a landfill eventually gets covered with soil. According to the U.S. Environmental Protection Agency, Americans produce about 4.6 pounds of trash per person per day (which adds up to 251 million tons — 228 million metric tons) of garbage per year. Incidentally, Americans produce about twice as much trash per person compared with other major countries.

A little over half (55 percent) of trash is buried in landfills (the rest is burned, recycled or composted).

A landfill is far more than a hole in the ground (or at least it should be). In a landfill, the material is isolated from the surrounding environment, sometimes with a plastic liner and sometimes with clay.

Landfills are carefully monitored: The groundwater is tested for several decades, and because potentially explosive methane can be produced in the airtight system, the gas is vented or burned.

Material that is taken to a transfer station is held temporarily before it is moved to a permanent location. Material there often receives some sort of further treatment before it is disposed of.

Fine Tuning: What Are Your Local Regulations?

Some communities have their own rules, which can influence what is done with items placed in a bin.

In the case of Alberta, Canada’s Kelowna Bin There Dump That franchise, every load needs to be sorted — the transfer station has different stations for each type of products (shingles, wood, etc.)

In some rare instances, franchise operators will even spot reclaimable items, pluck them out and donate them to Habitat for Humanity ReStore. (It’s always best for you to scout for those items on your own before you chuck them in a bin.)

You can have your stuff taken away to a landfill by ordering a Bin There Dump That bin. To get started, find your local franchise operator by visiting our website.